So they’re not going to play Hard School tonight? I’d say that’s a little odd but who knows what odd is anymore.

On the night a new single launches, the alternate they play is the first single they released instead.

I'd love to know who comes up with their setlists. They are fairly static obviously but I'd still like to know who does it.

With Soundgarden, Cornell and Cameron alternates between the two and would come up with that day's set the night before. 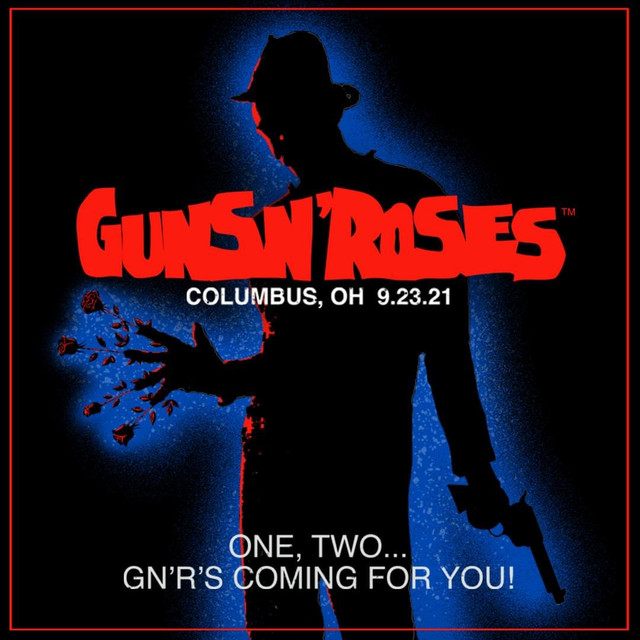 The first reunion single and a ten minute deep cut.

I know everyone calls it a cash grab but man...they really go above and beyond the call of duty when it comes to these setlists.

They could easily cut an hour off of each night's set and no one would complain.

I'm more shocked by bringing back Shadow than I am of Coma.

The cover...while a tad generic... doesn't really bother me. We're long past the point of worrying about album covers.

Besides, in today's musical climate... single/album covers are irrelevant. Most fans don't even look. It's a tiny square in the music player of your choice.

Heard it a few more times on the way home and now listening on my stereo.

I like it more than the previous version. It serves its purpose.... whatever that may be.

This is getting funnier by the second. They have half assed handed us reworked cover songs that other people wrote! Seriously. I can’t believe this board would accept this shit. I honestly can’t. I have no hope for this. Tough to admit, but I don’t.

All we were ever getting was CD II...and we've known that for years. These guys do not have a King Animal in them  it was either The Dance(live album), Hell Freezes Over (live album + new songs), or A Different Kind of Truth(vault songs reworked).

If the EP thing has a hint of truth, looks like we're getting their Diver Down.

Didn't you always want to hear the second half of Chinese before it's all over?

This is how it comes out. Without Slash and Duff back, none of this was ever coming out.

I'm just glad something is finally happening. It's four years overdue. I said if they would release something I'd support them 100%.

Tonight will be interesting. What does he say and what if anything gets said or announced when this releases?

The timing is bizarre. There are five dates left on the US tour and whilst they've now been postponed again, the Australia and Mexico gigs never needed a new single to promote those dates - it's not like the US where GN'R come through on +20 date tours every year, it's a once every few years novelty when they hit other countries.,

This single is apparently going to get radio play starting tomorrow... what on earth is it promoting? The European leg isn't until June, and it doesn't need promo either, it happening is a novelty because it's not so frequent. If this single is just to promote tour dates it should have been out 1) before Absurd and 2) before the tour even began.

I think it was all supposed to happen months ago but since proper management doesn't exist, the rollout got delayed.

Yes it was clearly a mistake to release Absurd before Hardschool. The latter deserved the buzz of being the first new GNR song. Instead it was Absurd, it got decent press, they perform it, but it died on the vine.

You're right.... Hardschool is sitting on the launch pad with nothing to promote.

Bands used to do this back in the day sometimes but in today's world, your releases normally are nothing more than a promotional tool for your tour.

IF it's an album and we're on single number two, logic and common sense would tell us that single number three will coincide with the albums release....

A residency in NY, Vegas, or London isn't a bad idea.

So do we give any credence to this?

I don't believe it.

That "rumor" should've been instantly shut down on the Hoffman forum before it spread.

A disaster...worst case scenario regarding new material. Excluding the Chinese era, last two GNR releases were The Spaghetti Incident and Sympathy for the Devil. The world yawned....so they bookend that with an EP of mostly covers?

Unless one of them can catch on like Johnny Cash's Hurt, it's gonna crash land.

This type of EP is what should've happened in the mid 2000s during the wait for CD or as a release right after the reunion kicked off as a bonus disc to a new GH.

I wouldn't mind hearing a studio version of Black Hole Sun but there's other Soundgarden songs much better suited for their style and his voice.

What I find is laughable is the marketing behind this...
There's no anticipation, no momentum building, nothing...
They could've released small bits, especially the different parts compared to the demo, and get the fanbase and general audiences excited, creating some buzz.
Instead, it's just a silent release with nothing exciting to it.

That's how it was with new GNR and Chinese Democracy.

It's not really a surprise... it's par for the course.

Other than that teaser in the theaters for Star Wars to kick things off, they've done basically zero promotion for anything. Hell...Slash and Duff barely mention GNR in interviews and the other band members are barely a blip.

I've wondered if all three agreed early on to keep quiet so they don't risk rocking the boat filled with cash.

The reunion is their retirement money. They will never make more money on anything else.

It is a bummer that no genuine excitement surrounds the band or their new material. It's bittersweet.

With proper promotion, it could've been a spectacle like when U2 would release a huge single/album.

It's obvious that the band isn't interested in turning it into something on that level. It's why I'm not going to worry about sales or chart positions....they clearly aren't worried about it.

I know I am going to sound like a bitch but I expected a lot more from Axl Slash and Duff. I can’t believe that they have only released 3 outtakes since they have gotten back together….yes OUTTAKES!!!!

The production on these two is awful.

I think the production is a lot better than before... although I'm listening on my phone.

Yes the lack of material is certainly a disappointment. These guys definitely aren't like Soundgarden where at this point in their reunion we had a compilation with a new song, a live album, a soundtrack song, a new album, two box sets, and a deluxe remaster of an album.

It's a different dynamic. I think too much time passed to the point there's no getting the muse back. I think if an album is coming, it's to help sell the next round of touring and as a bookend to the discography.

We're lucky to be getting anything. It could've just as easily been nothing but touring and occasional box set/anniversary releases.

I've said it before... we're damn lucky CD II wasn't released years ago. It allows the possibility of a release now.

Listening again. You guys are right...these drums are a tad low in the mix.

there are parts of the Eye on You vocals spliced in at points. Hopefully it grows on me.

Ok I think I heard this just now.

I knew that song was cutting room floor material. I'm actually surprised it was still gathering cobwebs in the vault to the point somebody dusted it off...needed some aaay, aaay, aaays I guess and wasn't willing to record new ones....so they grabbed Eye On You and spliced it into the song.

It bangs. It slaps. Whatever the kids say. With this one in particular you could tell it was a new recording (save for Axl). Doesn’t suffer from layers for layers sake.

It definitely has a better mix than Absurd or Chinese Democracy. The inclusion of Slash, Duff, Fortis(?), and Frank(?) isn't as jarring as previous songs.

I assume someone else helped in this department.

The cover for anyone who hasn't seen it yet... 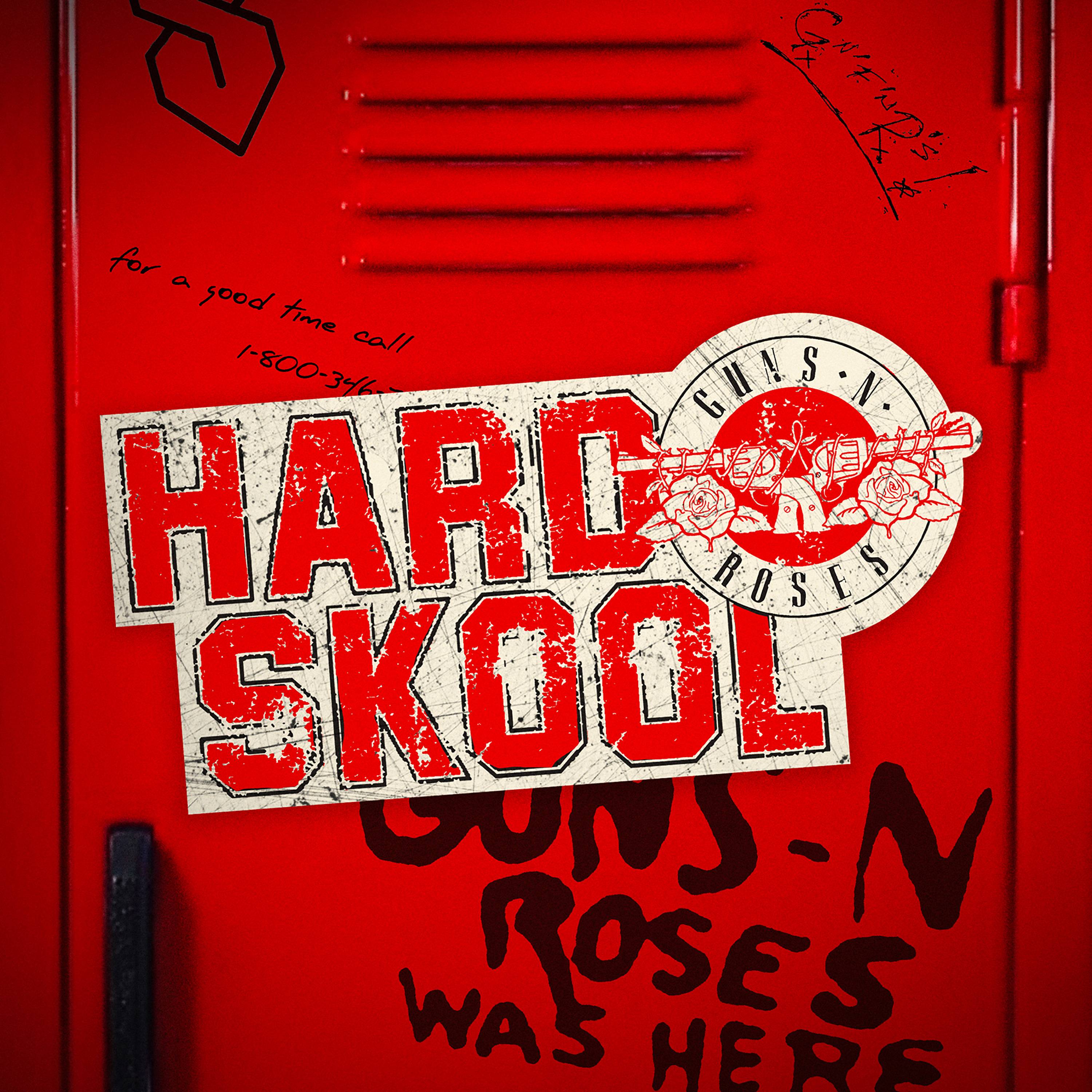