Once again.....its the Axl, Slash, and Duff show. I highly doubt this strategy changes.

Do we know anything about the Mexico show sales? It is a big venue.

I read on MYGNR that the ticket sales are going well. That's really a good sign, considering the size of the venue.

Are people buying them or are scalpers buying them? This isn't a joke BTW. THis scalper situation has the potential to become a big problem on this upcoming tour.

Vegas went really well!  April is a whole away the Mexicans will come around. No hurry with a huge venue like that.

Vegas went really well!  April is a whole away the Mexicans will come around. No hurry with a huge venue like that.

I think once the pictures come out of Slash and Axl on stage together in Vegas it's only going to get bigger.

Guns N' Roses have just announced a second show in Mexico City! Due to popular demand, Axl, Slash, and Duff will take the Foro Sol stage for an encore perfomance on April 20. Tickets for the show will go on sale starting Tuesday, February 16, but Nightrain members will get access to concert tickets for the show before they are available to the public! 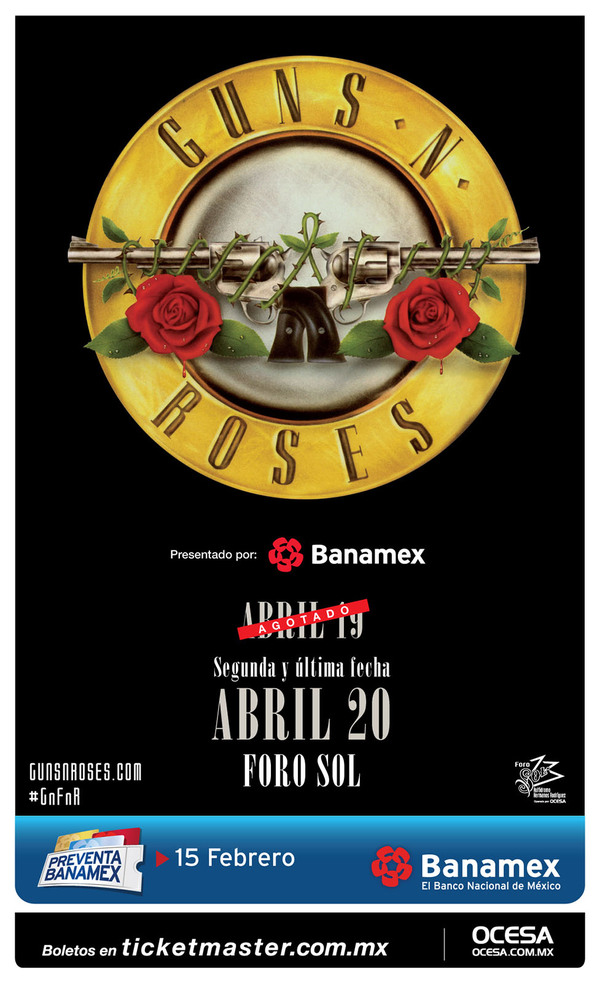 Supposedly it's a 65K capacity venue, so it wasn't just a random easy sell out.