You can't say the EU has the largest economy in the world, because the EU as a single entity doesn't exist.  You're not even on the same currency.  Can I say NAFTA has the largest economy in the world?  There's nothing in Europe you're producing more effectively than in the US or something the US has outsourced.  I'd love a citation to qualify that claim.

The EU is a single unified market, NAFTA isn't. The IMF, the World Bank and the CIA factbook all list the EU as the biggest economy in the world, just edging out the US (based on the purchasing power parity metric, nominally the US edges out the EU). Having said that, if you want to treat NAFTA as a single market for this comparison, it is indeed larger than the EU... barely. NAFTA represent about 24% of the world GDP, the EU about 22%. Point is, your original claim that the "EU is not on the level of the US, Russia or China" is definitely incorrect.
Here's a citation: http://uk.businessinsider.com/charts-eu … ?r=US&IR=T

Medicine is pretty much all the same in the western world, but the US is still at the top unless you're one of the window licking retards who can't figure out how to get access.

To be clear, I wasn't talking about socialized medicine or the healthcare system, I was talking about innovation in medical sciences. Although that is an important factor, what good is having the best hospital in the world a couple of blocks away if your policy doesn't cover treatments in that hospital? That's a very foreign thing for most Europeans, our health insurance policies let us freely choose our doctors and hospitals. But's that's besides the point and not the argument I'm making here...

First successful organ transplant was done in America.  MRI was invented in America.  While Penicillin was discovered in the UK, it was under American production that it became viable and wide spread. Again, this isn't some Patriotic attempt to make myself feel good because of where I was born.

The first facial transplant was done in France, the dialysis machine was invented in the Netherlands, Dolly the sheep was cloned in Scotland, the first effective bionic eye was invented in Belgium, ... .
Look, the metric I used was number of nobel prizes (for medicine) per capita per country. It's just one metric, and I'm sure others will give the US the advantage. My point is not that the US sucks at innovating, my point is that the EU is pretty good at it as well, but not necessarily in the same areas as the US. Each continent has its strengths, the US clearly fares better in consumer goods and OTT internet technologies (Apple, Google, Facebook, ...), but on the other hand all of your cellular network infrastructure is European technology (Alcatel-Lucent, Nokia, Ericsson, ...). You just can't make the type of blanket statements you made in your original post.

But if you needed major surgery and cost wasn't an option, where would you go for surgery - Prague or NYC?

Probably NYC, although there's nothing wrong with hospitals in Prague. But you're also comparing your biggest city and one of the richest areas in your country to a relatively poor eastern european city one fourth the size of NYC. Would you rather have major surgery in Lansing, MI or London, UK?

I voted. Was the first person at the station in my constituency. The people handling the ballots probably thought I was voting out

Anyway, I just hope I've made the right choice. I don't vote during general elections here, because it's all really just about religion.

This motivated me to vote, I just hope that nuclear war doesn't break out one day as a result

Tbh a nuclear war might come as a relief..

*I've edited this joke, just incase someone takes it seriously.*

I've said this before but the world needs to be very, VERY careful with decisions it makes in the coming decade. Both sides of the pond are ripening for historical, Hitler type figures to rise from the chaos.

Polling station seemed much busier than for the recent general election. Tho I maybe timed it coinciding with the school run today so maybe that would help explain it. Still surprised tho.

I would be very very surprised if the UK gave rise to a demagogue styled figure in my lifetime or any time in the not too distant future. We've far too much history & common sense to let that happen. The USA however? I'm not so sure. You're witnessing the possibility right now with Tronald Dump and his fascist fanatics. Not that there's not really ignorant people in the UK, there's a hell of a lot of them & today might just be evidence of that. But we're not so chaotic to enable the rise of such a doom & dread. Touch wood..

I'm not so sure johnny if it should be that much of a surprise. People are starting to put nationalism above common sense in different parts of Europe.

They're voting for parties/figures that they don't really even want themselves. Our generation question it and alot of that were alive during the last war are questioning it, but our parents generation which is really the most prevalent in politics and the media feel otherwise.

People never learn from the past.

The Independents final poll prior to voting day has apparently come out with a healthy lead for remain. Hope it's right.

Here's some of the polls. 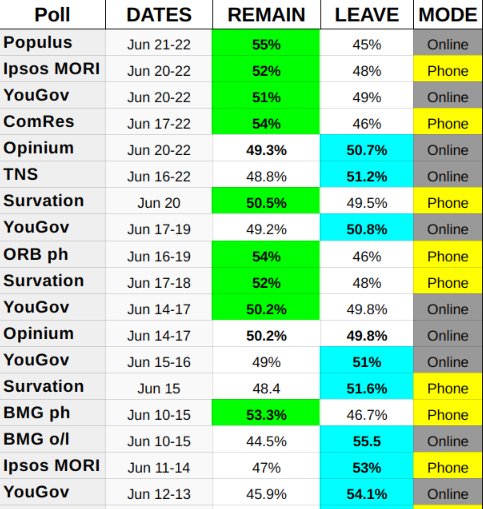 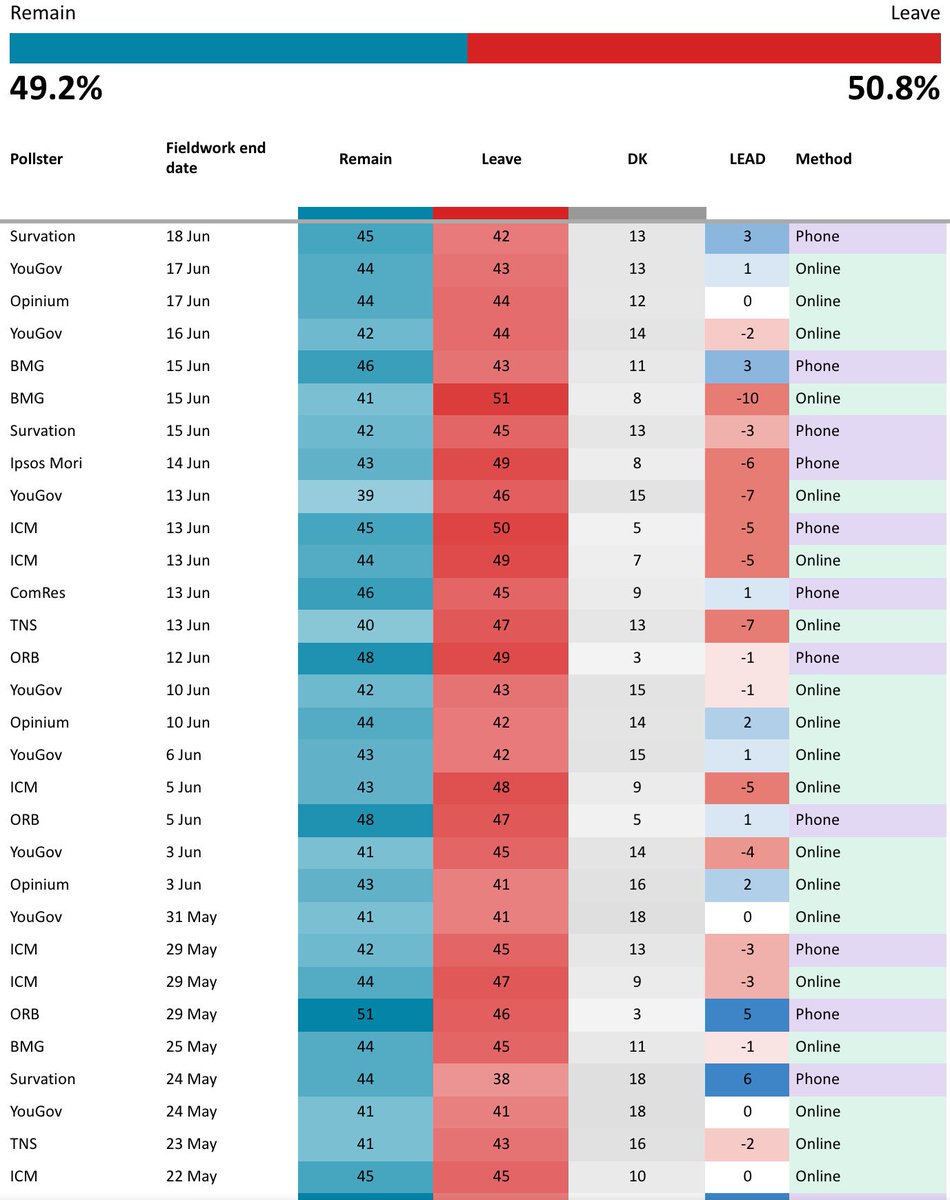 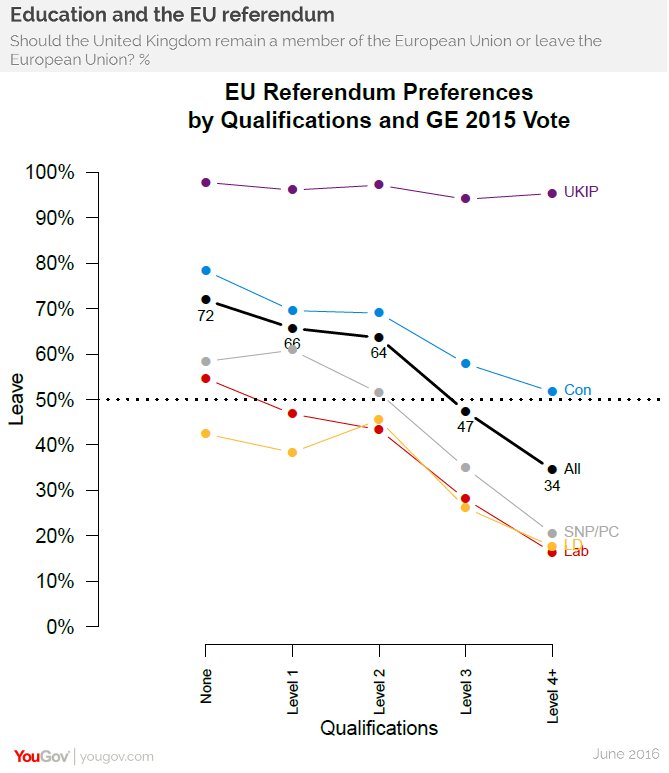 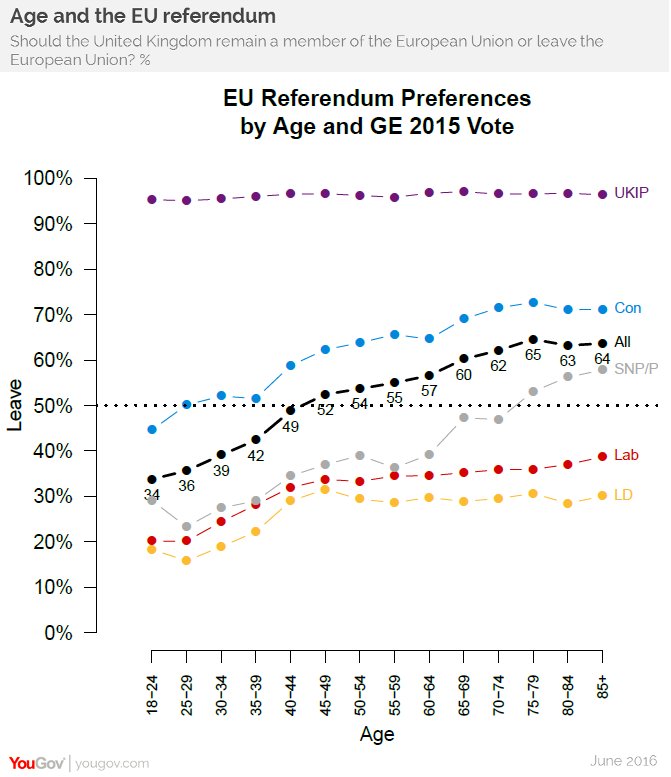 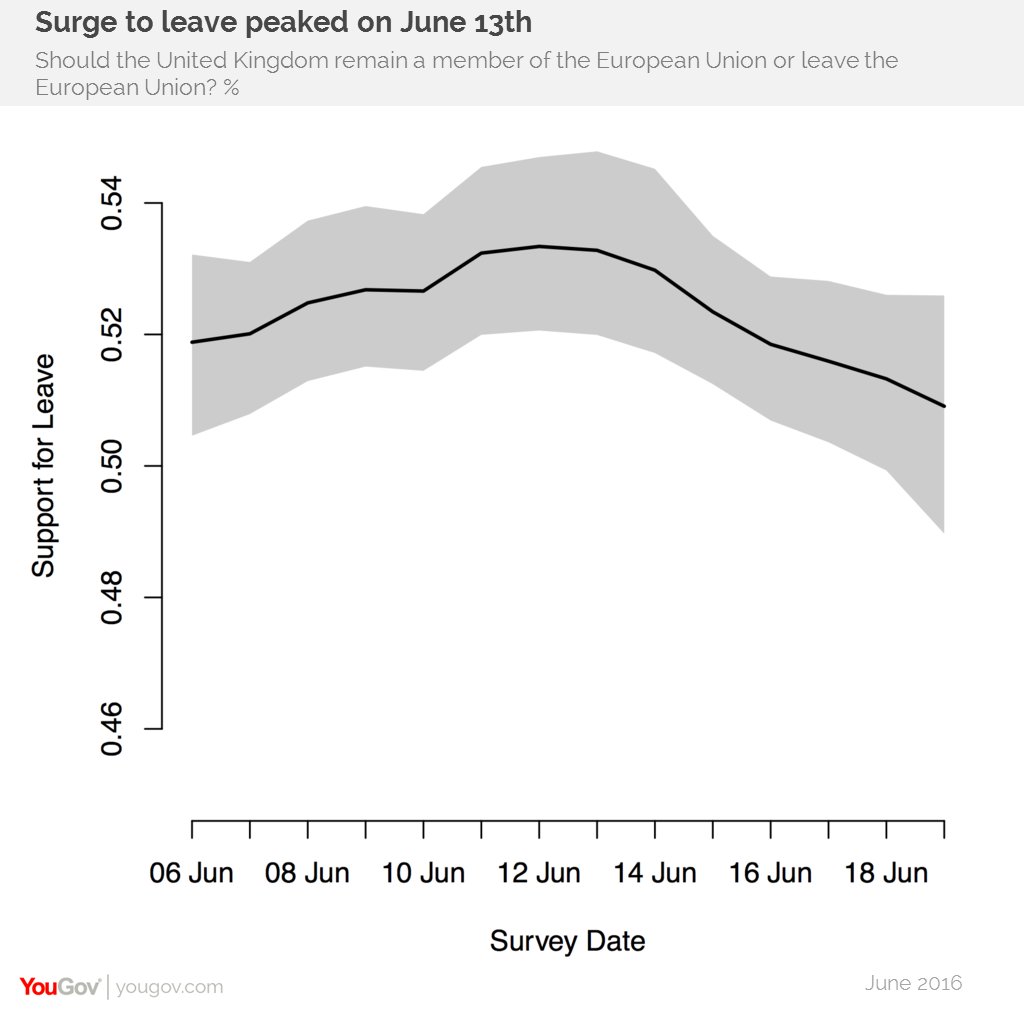 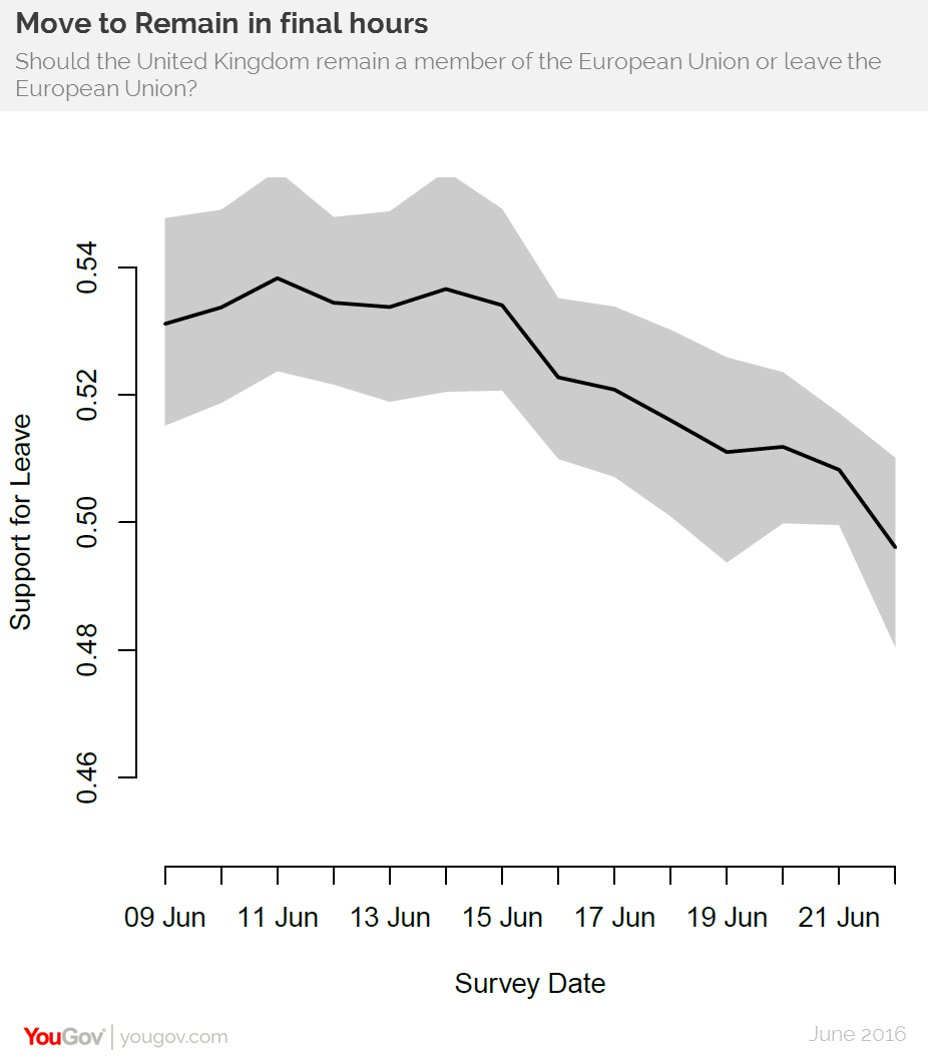 Predictions today that STAY will win by a few point to several.

I hear turnout will be very high in Northern Ireland. I'm worried, because let's just I know alot of racist people here. I'm not joking.

Here's some of the polls.

I hear turnout will be very high in Northern Ireland. I'm worried, because let's just I know alot of racist people here. I'm not joking.