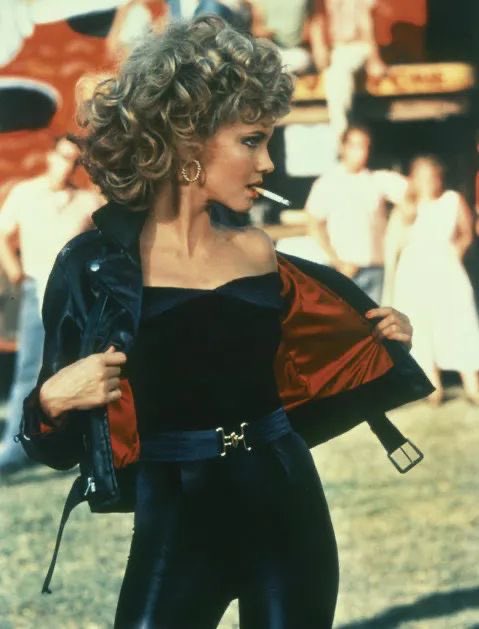 She was massive late 70s/early 80s. People not old enough to have experienced it might not realize how big she really was. She was like Taylor Swift and Jennifer Lopez combined.

I'm not sure what exactly happened but she faded quickly and then just morphed into legend status and road that wave til the finish line.

Looking back, I'm surprised that she didn't go all in on the acting and become a movie star. She was already there... just needed to focus on that.

I need to dive into her early work...a lot of people rave on it.

This is my favorite Olivia song and performance. She's on top of the world here and was one of the sexiest women walking the planet at the time.

How many times did she promote this song/movie on Midnight Special?!?

This is a great example of how huge she was.

I think she slowed way down when she became a mom. She also had two pretty massive movie flops. But a music career just didn’t seem all that important to her.

I don't think my generation knows who she was. Grease, but that's it.

You listen to Deep Purple, Rolling Stones, Floyd and think you know the 70s, but you really don't. When I see that performance of Magic it reminds me of a time that was barely alive when I was a kid but it is familiar. Society was more like that than Jimmy Page. Very colorful, innocent and weird.

It's terrible what we have become. The deaths of these old stars mark a kind of boundary saying that time is truly over now. One example I always like is when my father and his friends used to smuggle booze when they were flying by simply handing their bags to somebody over a small fence at the airport. Now that was freedom.

These days they'd charge you as a terrorist for doing anything "rogue" at the airport. Everybody wound up tight, lawsuits flying, charges, regulations, lawyers, bureaucrats, political correctness, war, famine, recession, depression. It's all just one big hassle. Somebody really ought to pay for that, but I know they won't.

So thank you Olivia for at least reminding me of better times as we slowly descend into hell.

I was just thinking about this, there’s only a certain generation who really remembers her and is part of their make up when it comes to culture

I had to look up to check her discography and filmography.

It's interesting....other than a couple 3-4 year breaks mid 80s-late 90s, she continued in both music and film. Most of it simply flew under pop cultures radar.

I'm gonna chalk it up to the culture shift.

Her last massive hit was 1981. When 1982 rolled around, everything changed. Instead of Olivia Newton John and other late 70s/early 80s acts, everyone is watching MTV and listening to Culture Club, Men at Work, Michael Jackson, etc. A year+ later, Madonna, Prince, Whitney, etc.

Age was probably a factor as well...she may not have looked it, but she's 33 in that Physical video.

Had she been 10 years younger, she would've thrived in the MTV world.

I was too young to appreciate Olivia Newton John as I was barely alive or old when Grease yet.  And when one of these people dies, a small part of you or your childhood dies as well.  At least they live on in our memories, or whatever songs or movies that they are in.

I was just thinking about this, there’s only a certain generation who really remembers her and is part of their make up when it comes to culture

Yep...if you are unable to stay mainstream across a couple generations/culture shifts, you start slipping through the cracks of time.

Not on her level but another example is Elastica. They were big 94-95 and massive in Britain but forgotten today.

Blondie was falling into this trap until the comeback in 1999.

Another example in the same timeframe as Olivia is Juice Newton.

Yep...if you are unable to stay mainstream across a couple generations/culture shifts, you start slipping through the cracks of time.

OT but it's incredible that GNR is still semi-relevant given the basic inactivity since the early 90s.  I mean shit they managed to get multiple songs in some marvel film this year.

It's easier to rediscover music now with all the streaming options thoug.