Notice: We are currently in the process of upgrading our discography system. Please view the new Gilby Clarke discography which currently features 29 discs. 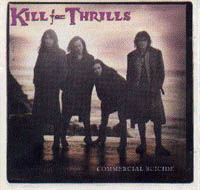 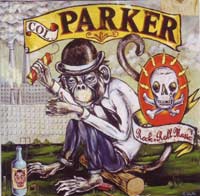 As a singer, guitarist and songwriter Gilby Clarke is an old-school mash-up of Keef, Johnny Thunders, and B.B. King.

See, the tousled guitar hero was but a 17 -year-old Cleveland punk when he split for the sparkly glit of Hollywood. A fresh-off-the-bus clichÃ©? Nah, Clarke made it all his own.

He dived into the Tinseltown music scene headfirst and came up swinging in Candy. (whose lone 1984 Polygram album, Whatever Happened to Fun?, is referenced in the hippest of rock crit corners; copies fetch hefty coin on Ebay). When the criminally ignored Candy soured, Clarke fronted Kill for Thrills, a wonderfully strident, big riff quartet (for whom Clarke penned the lion's share of tunes).

From there, Clarke won Izzy's spot in the Guns N' Roses circus; private jets, football stadiums and diplomatic immunity followed. He spent three years on the massive Use Your Illusion world tour that began in the fall of '91. Clarke appeared on the GN'R albums' The Spaghetti Incident, Live Era '88 - '91 and Greatest Hits. While a member of the band he was a recipient of the MTV Video Vanguard Award. Oh yeah, let's not forget'¦ he has his picture on the GNR pinball machine too.

When the Guns machine imploded at the behest of W. Axl Rose, Clarke hit out on his own armed with a les paul and a handful of songs. (Note: Guns did not implode, Gilby was fired)

Hence his solo show, which kicked off in '94 with the critically gushed over Pawnshop Guitars (included the four-on-the-floor rock radio hits 'Cure Me...Or Kill Me,' and 'Tijuana Jail'), followed by '97's The Hangover (two cuts can be heard in the Bruce Willis vehicle The Story of Us), '98's Rubber, '99's 99 Live, and 2002's Swag.

In the meantime, the guitarist began sharpening his studio skills in his own Redrum recording facility. He's produced many, including LA Guns, Beat Angels and the aforementioned Rolling Stone Best New Artist pick The Bronx.

For kicks, Clarke launched a couple of jam nights in LA. His all-star Muddy Waters-inspired Blues Mafia gigs weekly at the world famous jazz club the Baked Potato. Another, The Starfuckers, rip the Sunset Boulevard porn-and-TV-star-studded den the Cat Club. Both nights continue to be standing-room-only.

In '03 Gilby joined Heart for their national tour and TV appearances. He oversaw much of Nancy Sinatra's California Girl record, and played guitar in her touring band.

In 2006 Gilby starred on CBS's Rockstar:Supernova. Gilby, Tommy Lee and Jason Newstead started a new band and used the television show to pick a singer. They released a record for Epic and launched a world tour the following year. Gilby also played guitar for the VH1 Rock Honors tribute to Kiss with his new bandmate Tommy.

2007 saw the release of a self titled best of album.

Article originally written by Brian Smith for gilbyclarke.com; edited by gnrevolution.com to include additional albums etc.