Does anyone know when you post a news article and you try to Italicize the entire text, why it absolutely refuses to do it correctly? Is it the copy/paste issue from someone else's website, or is it Evo?

It just refuses to Italicize the entire text anymore. It used to do it.

And you're right, that does work. It only seems to not work right when I copy/paste from a news website, like an article, then but the italic tags at the beginning and end of the article, something throws it off.

It used to work all the time, so it isn't like I don't know what i'm doing, it just stop doing it. All of the tags are correct. I've quadruple checked over and over.

And you're right, that does work. It only seems to not work right when I copy/paste from a news website, like an article, then but the italic tags at the beginning and end of the article, something throws it off.

It used to work all the time, so it isn't like I don't know what i'm doing, it just stop doing it. All of the tags are correct. I've quadruple checked over and over.

Do you have a link to a topic here where you originally tried it, or a link to a specific news article so I can try replicating the issue?

This isn't the one I used, but try this one and see what happens. I just copy and pasted, and added certain parts with tags, but mainly Italic tags correctly at the start and end of the post.

Like for example, I just posted this article -- http://omg.yahoo.com/news/dallas-produc … 46923.html

In the Dallas section, and although I put the Italic tags in there, it seems there was some sort of built-in tags from the original article that placed tags (ironically in the CORRECT places) to make the article look nice and clean, like if you copy n' paste an article, you're getting that website and their built-in code italics for republishing elsewhere.

I hope you can understand this. I'm trying to talk like I know what i'm talking about, when I have no clue, and trying to make it make sense to you. Used to, I put the tags in manually myself, and that's how it worked. Now it's automatic based on the original article, regardless of what I do on my end. It wasn't like that until the retooling you did recently.

Testing with italics:
Larry Hagman's J.R. Ewing has long been thought of as the greatest television villain of all time, but on Monday night's "Dallas," on TNT, the show will lay the iconic character to rest. 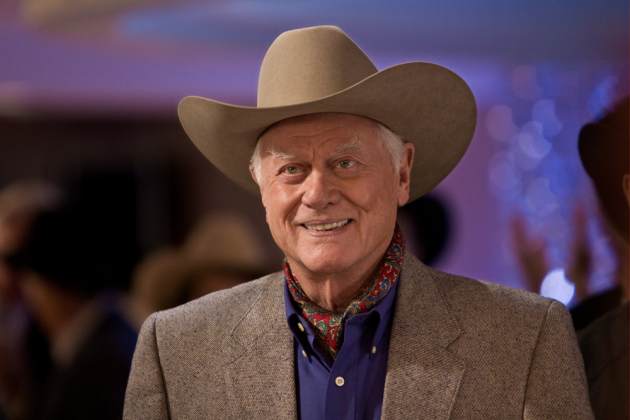 "So much of Larry himself was J.R. -- removing the bad part," show executive producer Cynthia Cidre told AccessHollywood.com . "That kind of fun loving guy, which he brought to the part of J.R., was the real Larry Hagman, and so it was a little bit surreal that we were writing and shooting an episode about a fictional character's death at the same time as the actor [who had played him had] died."
PLAY IT NOW: Did Larry Hagman Ever Consider Dropping Out Of ‘Dallas’ Reboot?
A television legend, Larry passed away in November 2012 in Dallas, Texas, while he was still in production on Season 2 of the show. Fans watching Monday night's episode will hear eulogies for the character of J.R., which also -- in a way -- serve as a sort of public eulogy for the late actor.
"A lot of what was said [in the episode], I think fits both people. It fits the fictional character and Larry, and so the actors who also knew Larry are kind of doing a like a parallel funeral for both actor and character," she said.
VIEW THE PHOTOS: Larry Hagman Through The Years
The episode will definitely be a tearjerker, provide a few laughs and a few familiar faces from the previous incarnation of "Dallas." It also continues a brand new "Who shot J.R.?" mystery, which kicked off at the end of last week's episode when John Ross Ewing (Josh Henderson) heard shots fired while he was talking to his father on the phone.
Cynthia Cidre and fellow executive producer Mike Robin spoke with AccessHollywood.com about what to expect in tonight's big, big episode, airing at 9/8c on TNT.
AccessHollywood.com: We have a new 'Who shot J.R.?' mystery. Was that the only fitting way to send off that character?
VIEW THE PHOTOS: Dallas: Scenes & Stars Of The Southfork Drama
Cynthia Cidre: We thought so. Believe me, this was well thought out by the time we arrived at this conclusion. There were two ways to go - either J.R. died of natural causes, which seemed inordinately boring and not appropriate to the show or the character, or he died of unnatural causes, at which time you examine, he fell of a building, a helicopter blew up... There's endless numbers of these and... you come full circle to the point where you then decide to do homage to what happened originally, and then you try to do it one better. That's how we got back to who shot J.R.
Access: You changed the theme music for this episode - it's warm, it's beautiful. Whose idea was that? Is it a new recording?
VIEW THE PHOTOS: See The Cast Of Dallas Sporting J.R. Ewing’s Eyebrows
Cynthia: It was Mike's idea... We were watching the teaser and the teaser was very somber and... and we were both crying. And then the music, our regular theme music started and it was so jarring, and happy and bright. Mike was like, 'No! No! No! That's wrong, let's send it to our composer and see what he can come up with.'
Mike Robin: Rob Cairns is our composer and I said, 'Rob, this is too major. This cannot be happy. [This] needs to be minor, and it needs to be slower and it needs to be a tribute.' And he was like, 'Got it,' and two hours later he sent it back and it was like perfect.
Access: What can you hint about the wake and funeral - J.R was loved, but he had enemies and he did some dirty things. So there's some darkness?
Cynthia: It tries to hit at all the levels of who J.R. was, so yes, there are people who hated him, everyone thought he was bigger than life. As often happens when someone dies, you kind of forget the bad things and just remember the good things, so there's a lot of reminiscing from old wives and girlfriends and mistresses about who he was. I think all of the above is there.
Access: Despite having to do so under hard circumstances, this must have been fun to write and be able to pay tribute to the character of J.R. in so many different ways.
Cynthia: We have more fun in the writer's room then I can possibly communicate. It's a group of people who are respectful to the show and who treat it seriously and at the same time humorously. And... we want to say about J.R., no matter what he did, he was a family man and that appealed to me [even] in the pilot that when the Ewings were not eating each other up, that they would always come together when there was a greater enemy. And so that's the case, I think, in this episode is they come together as a family, as he did, to protect each other.
Access: How hard was it for Linda Gray and Patrick Duffy -- on the day -- to film the J.R. Ewing funeral?
Mike: They would show up and they knew that they wanted to do right by their friend in terms of honoring him and honoring his character and so they worked so hard and they went to the emotional depths that [viewers will see on Monday night]. I mean that was an interesting thing. So much of that was real. After certain scenes, like when Linda [filmed her part at the] funeral... she says to me, 'That was so hard.' But it was very real. [After shooting Patrick's moment,] I said, 'I think we did well,' and he said, 'Yeah, I think he'd be happy.' Everybody that was involved in it, literally, that was what we were trying to do is, trying to feel that we did right by our friend Larry Hagman.
"Dallas" airs at 9/8c on TNT.

Sorry for the long copy and paste. So, you just highlighted the article and copied and pasted it right?  It looks ok to me- could it be a browser thing?

I'm using Chrome if it matters. Also, I did it through "Post Reply"- are you using that or "Quick Reply"?

How did you manage to include the picture though? I must be doing it differently.

As far as the copy & paste, you're right it might be a browser issue, because from what you just did, it looks fine. The other than I do is copy & paste, copy & paste, in order to remove ads like the "play it now" shit that's all in there.

I don't know if that has anything to do with it. I use IE9 if that makes any difference.