As somebody said, the end of an era. This decade is going to see a lot of big names bowing out and especially classic rock bands.

We'll also see a handful from the later generation die as well.

The 20th century is being wrapped up.

Yup.  Probably add Gene Hackman in there (not on the other guys level but he's 92).   These guys die off and there's no one adequate to replace them.    If you were born in the mid late 70s-early 80s, you're going to see a lot of these people you grew up with die.

Just realised that the performance of Salt of the Earth with Izzy and Axl got an official release by the band on a live album last year.

I almost bought this but instead decided to wait for a future Steel Wheels box set which will probably include the Axl/Izzy performance.... along with what I really want from this time period.... unreleased demos.

They just announced earlier this week the upcoming Tattoo You deluxe edition. Definitely buying that. It's got an early reggae version of Start Me Up and their cover of Drift Away.

That was the best Axl ever sounded, imo.d

Keith posted this image on FB.... 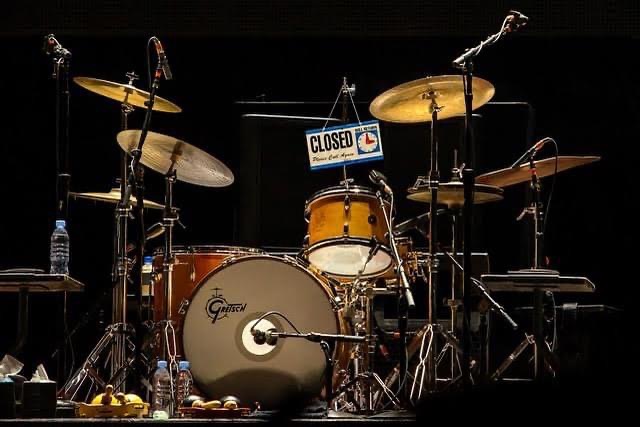 Yeah this came up on my phone early. Thanks BBC for the bad news.

I saw them at Sars Stock in 2003 in Toronto. Had to leave early as I lost part of my group.

So it sucks Charlie's gone.

My guess is they'll continue on.

It would be nice if they brought back Mick Taylor again.

Watts is a legend.

Just too much money to be made to not tour.

And Jagger is in shape. This is like also a lifestyle / health thing for him.

I know his father lived until 93. So he's got decent genes.

Anyhow, I mean in an ideal world they would stop the band. But, bands just continue on. Like the Beach Boys should have stopped in 1983 after Dennis Wilson died. They didn't. After, Carl Wilson died in 1998, they kept it going.

Top of the Pops

They're carrying on with the tour. There was no way they wouldn't.

Yeah but the real question is....

What do they do next?

They have no plans set in stone after these tour dates.

We know they were going to do something for the 60th anniversary...but Charlie was alive when that was being mentioned.

We also know that they have worked off and on with a new album of some sort but it was never a huge priority.

I think it just became one.

Charlie's death is a reminder that all jokes about these guys living forever put aside, they're running out of road.

The time for a swan song is here.

The time for a swan song is here. They were also spotted at Electric Lady studios...assumed to be finishing up the album.

I'm really looking forward to this. I hope they've got at least one killer song in them.

They probably should've saved Doom and Gloom for a final album.

One final album, one final tour to celebrate the 60th anniversary.