They finally got another Charles on the throne. Timing is perfect. 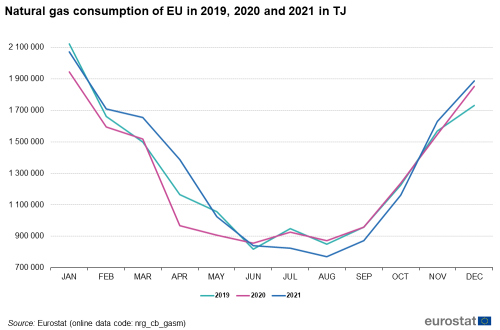 CMU has denounced her tweet. She meets all the checkboxes of intersectionality, so nothing serious will come from it. Certainly nothing like being jailed or fired for refusing to participate in compelled speech.

I saw AOC told GQ she was “uncomfortable with interracial marriage” and wasn’t sure if it was for her. This is the pillar of wokeism and progressive thought, and she’s openly saying race mixing is a controversial topic.

It looks like the movement is finally starting to eat itself...it was always going to lead to that point.

Not surprised that the racism is starting to get more blatant. It was always there in the background just begging to surface.

As far as this royal shit goes, I started hating it in my teens. For some reason, Charles and Diana started getting massive coverage here in the US in the early 90s. They were in all the tabloids every week. You had to see them every time you went to the grocery store...and of course all the news coverage.

I just can't stand the concept of a superior family that deserves billions and everything that comes with it just for being born. On top of the money, mansions, cars, and travel, they get worshiped like gods.

It's obscene. All royal families should've been tossed on the ash heap of history in the 20th century.

King Charles III is king unless he personally choses to abdicate or unless he dies.

It's just not how it works.

I know how it works. That one abdication after WWII is the only reason this branch of the family tree got to have it. It should've been her uncle's side of the family leading them. That king wanting to fuck a divorced woman altered the course of the monarchy.

My point regarding William becoming King early is it might allow their family to keep this shit going well into this century.

The world is staring down a barrel.... economic uncertainty, war, and of course climate change. If the British start freezing to death this winter while the King is all warm and toasty, the majority may finally get sick of this. Charles was never well liked. Hated royals and economic disasters have never been a winning combination.

On the other hand, maybe not. The West is diving into an Idiocracy so maybe things will stay peachy keen.

It's been said for a while Charles should just hand it straight on to William, especially when his popularity was at its lowest in the late 90's after the Diana divorce and subsequent death. I think time has healed a lot of that, from a UK perspective at least. He's an old man in his own right now and seems to be a lot more comfortable in his own skin than he was 20-30 years ago. The other issue is if you immediately made William king now and skipped Charles then the next in line is currently a child, they'd want to avoid that if at all possible.

I've never really been fussed one way or another for the monarchy, it's just something we have and that's that. However a large royal event undoubtedly brings out a sense of patriotism in the country on a scale little else does. With all that said I've still found myself unexpectedly sad about the Queens death, she'd sort of become the nations grandma and her longevity meant she was a constant in British life unrivalled by virtually anything else.

I can see the side of the argument about the monarchy and the inherited privilege etc etc but it's so woven in to the fabric of the country at this point that for me it's hard to imagine the UK without one. Also, whilst all the points about royals being in palaces whilst others starve and live in poverty is valid, those people would be living in poverty anyway, it's not like countries without a royal family have zero poverty or deprivation. The optics aren't great but it's unlikely to make much real world difference should the monarchy be abolished.

I wouldn't disagree this is an important point for the monarchy though. There is definitely a version of the future where this is the beginning of the end for them. Charles will need to navigate the next decade very carefully.

If we’re still giving money hand over fist to Ukraine we should at least throw in some stipulations if not demands.

We could be putting that money towards healthcare in America.

Wow. In the US the news is as if Ukraine has made some huge gains. I’ve completely zoned out of what’s going on in Ukraine, but that video really puts it in perspective.

I've been watching a lot of videos like that from WW2 and my immediate conclusion was that Russia is in big trouble. Their mobile warfare strikes ended already in early April, instead opting for a much more limited offensive, grabbing tiny pieces of territory. Last month or so they haven't even been able to do that and are now being pushed back hard by Western backed Ukrainians.

He needs to start a general mobilization if he wants any hope of success, but probably Russia does not have that capability without potentially getting into a lot of trouble if they lose. Currently you can pack up and lick your wounds. Not so if you put Russian society on a total war footing.

I guess my point is taking a 15x15 mile piece of land back compared to everything Russia still occupies isn’t the punch I was led to believe by American media. They recovered a city and the territory immediately outside of it. Fucking great, but I’m not seeing this as the victory you are.

Yes, Putin has overstretched and shown the ineptitude of the average Russian soldier. But he’s still threatening nuclear strikes. When does Putin make another Ukrainian region uninhabitable for a century?  Will the spigot of US and Western European money slow when Northern Europe freezes this fall and winter?

Putin didn’t get Kiev, but he’s not presently in any real threat of losing the eastern region he annexed in February and much of the area around it. If he gives back 70% of the land he has today, it’s still a win for him. And in 8-10 years, he knows he can grab some more and Western powers will do dick. Claims of conquest said months ago can quickly be edited in Russian media and internet.

Putin’s grip on power doesn’t appear to be slipping according to any journalist I’ve come across. He just launched someone out of a window last week. Putin has yet to go total war. He has bombers and long range artillery to use if he wants to win. Who controls the airspace?

Looks like things may be heating up in Ukraine.

Russia on the verge of mobilization...protests...and more threats directed at the US.

Rumours of some sort of coup in China with Xi under house arrest.

I had a feeling his handling of Covid might lead to disaster. Can't keep shutting down mega cities and locking the population indoors so they can starve to death.

I hear America blew up the German pipeline. If this was the old days there would be war, but now I guess Germany will just sit and take it.